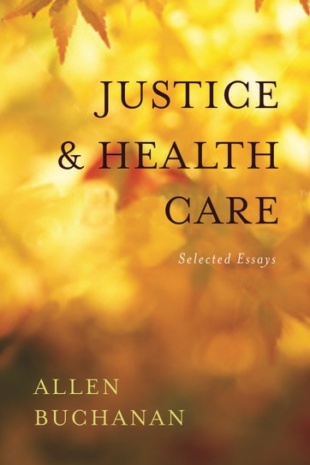 In this volume Allen Buchanan collects ten of his most influential essays on justice and healthcare and connects the concerns of bioethicists with those of political philosophers, focusing not just on the question of which principles of justice in healthcare ought to be implemented, but also on the question of the legitimacy of institutions through which they are implemented. With an emphasis on the institutional implementation of justice in healthcare, Buchanan pays special attention to the relationship between moral commitments and incentives.

The volume begins with an exploration of the difficulties of specifying the content of the right to healthcare and of identifying those agents and institutions that are obligated to help ensure that the right thus specified is realized, and then progresses to an examination of the problems that arise in attempts to implement the right through appropriate institutions. In the last two essays Buchanan pursues the central issues of justice in healthcare at the global level, exploring the idea of healthcare as a human right and the problem of assigning responsibilities for ameliorating global health disparities.

Taken together, the essays provide a unique and consistent position on a wide range of issues, including conflicts of interest in clinical practice and the claims of medical professionalism, the nature and justification for the right to health care, the relationship between responsibility for healthcare and the nature of the healthcare system, and the problem of global health disparities. The result is an approach to justice in healthcare that will facilitate more productive interaction between the normative analysis of philosophers and the policy work of economists, lawyers, and political scientists.